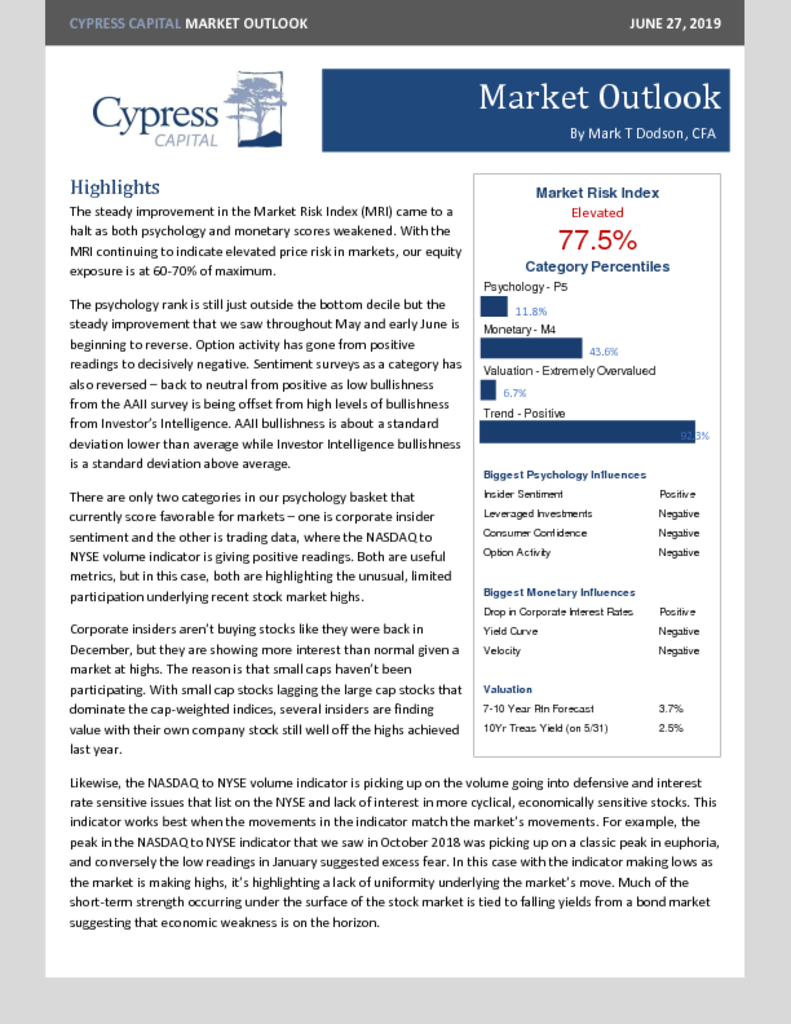 Psychology reverses course on consumer confidence release. Consumer confidence is close to rolling over.
The two most bullish indicators for psychology are highlighting some divergences occurring under the surface of the market’s highs.
Monetary conditions roll over after almost crossing above average readings. 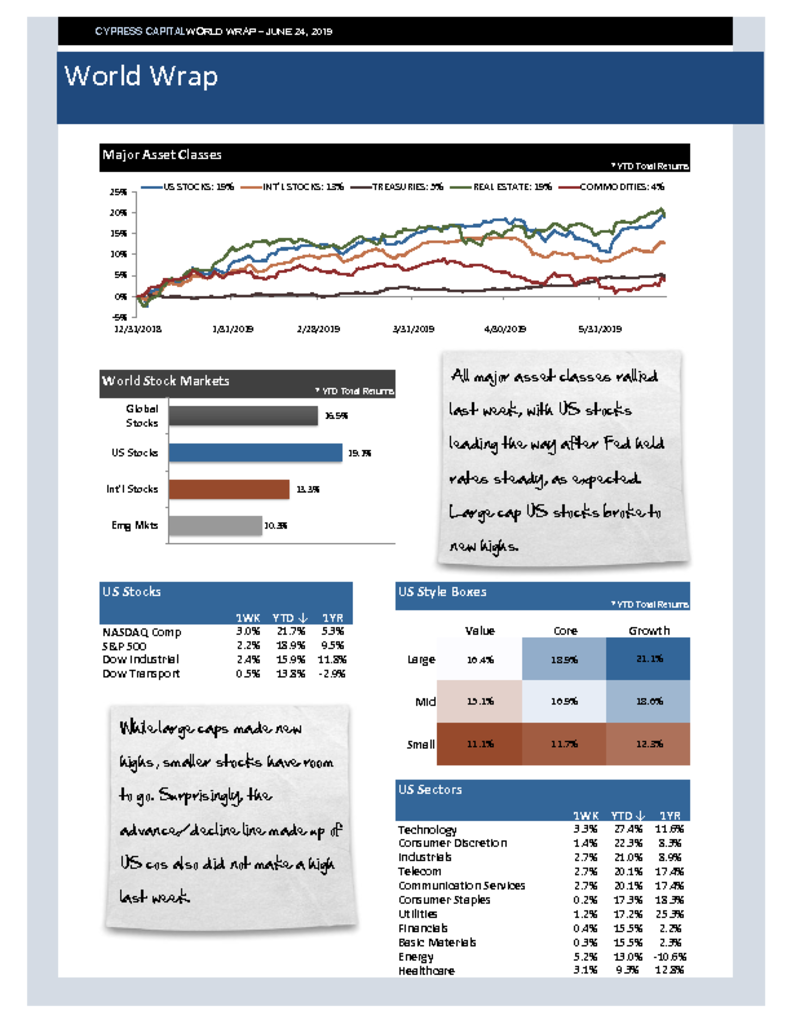 All major asset classes rallied last week, with US stocks leading the way after Fed held rates steady, as expected. Large cap US stocks broke to new highs.
While large caps made new highs, smaller stocks have room to go. Surprisingly, the advance/decline line made up of US cos also did not make a high last week.
Reuters poll of economists revealed that more than 80% believe the ECB will “either cut its deposit rate or ease its forward guidance…by the end of September.”
Gold rallied to a new five year high on the news that Fed easing is growing more likely. Oil prices rallied almost 9% on Iran geopolitical tensions. 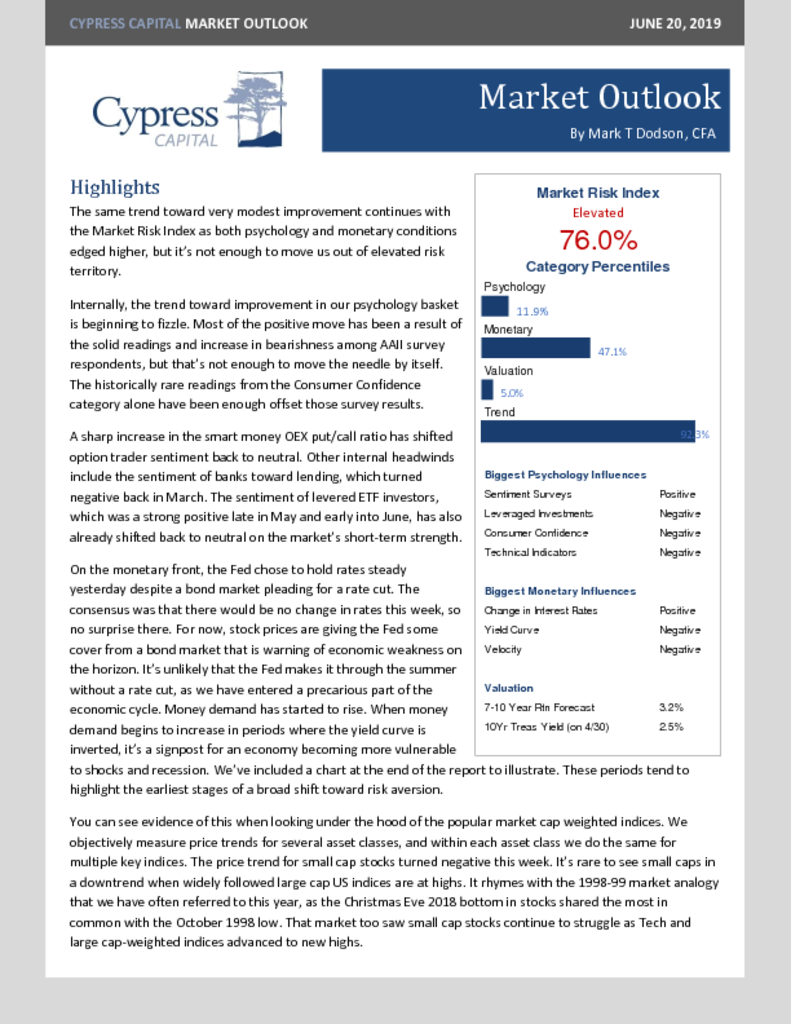 Market Outlook – Money Demand is on the rise…

Psychology improvement is beginning to fizzle.
Money demand is beginning to increase, the first sign of a broader shift toward risk aversion.
Small cap trend turns defensive.
We initiated a position in gold early this week inside multi-asset portfolios. 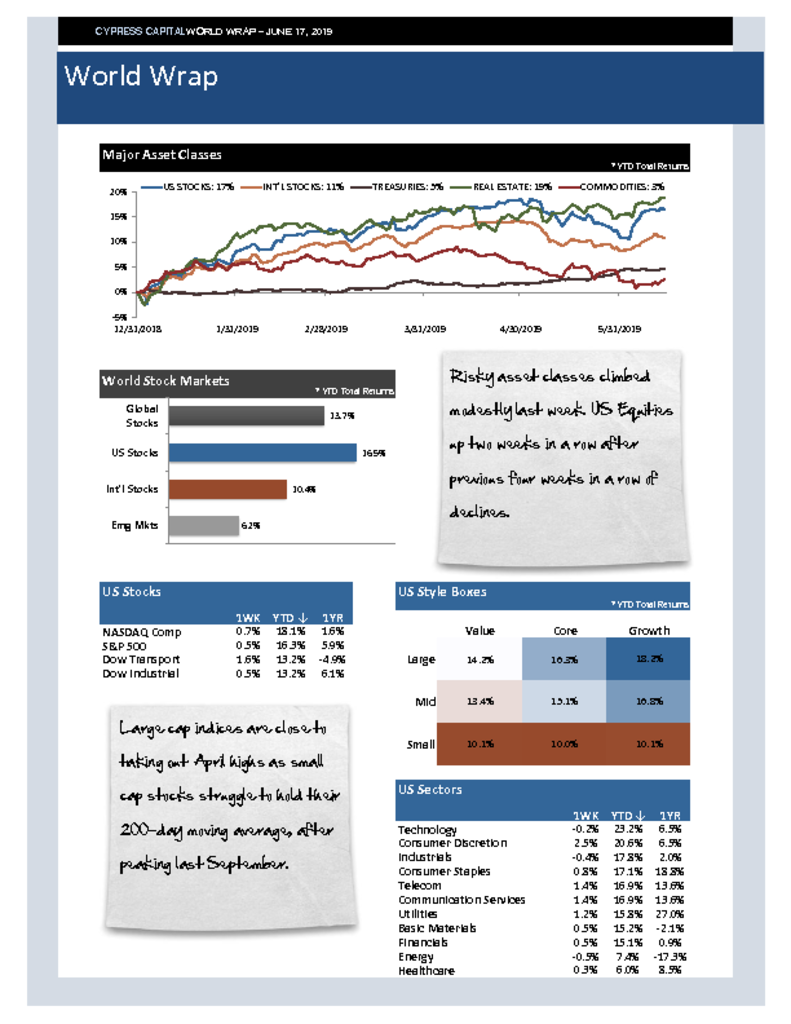 Risky asset classes climbed modestly last week. US Equities up two weeks in a row after previous four weeks in a row of declines.
Large cap indices are close to taking out April highs as small cap stocks struggle to hold their 200-day moving average, after peaking last September.
Developed markets declined over the week while strength in emerging markets was strong enough to push broad intl indices modestly higher.
The bond market is pricing in a Fed rate cut, but the consensus from Fed watchers is that the cut is not likely to come during the meeting this week.

Market Risk Index scales from 0 to 100%. Higher readings correspond with higher risk markets. Scores below 25% are bullish. Scores between 25-75% are neutral, and scores above 75% are markets vulnerable to major drawdowns.