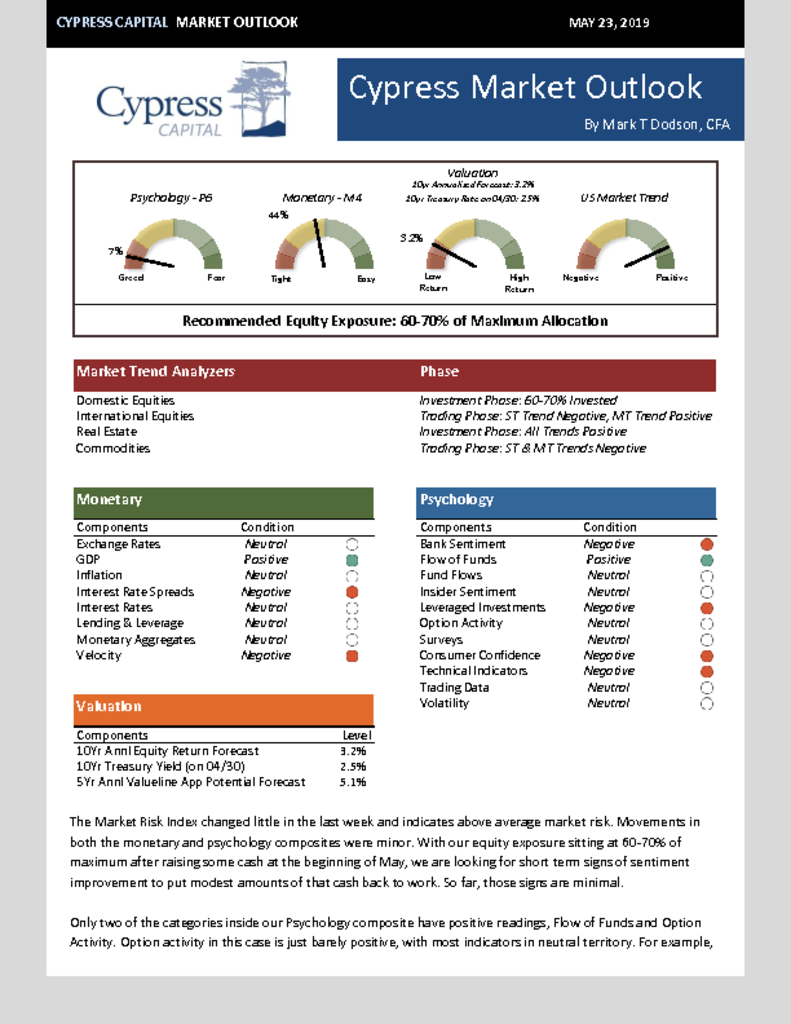 Put/Call Ratios hitting levels that even bad markets take a respite.
Consumer Confidence in Present Situation is at a 19 Year High.
Bond Market asking for rate cut – it’s likely it will get one. 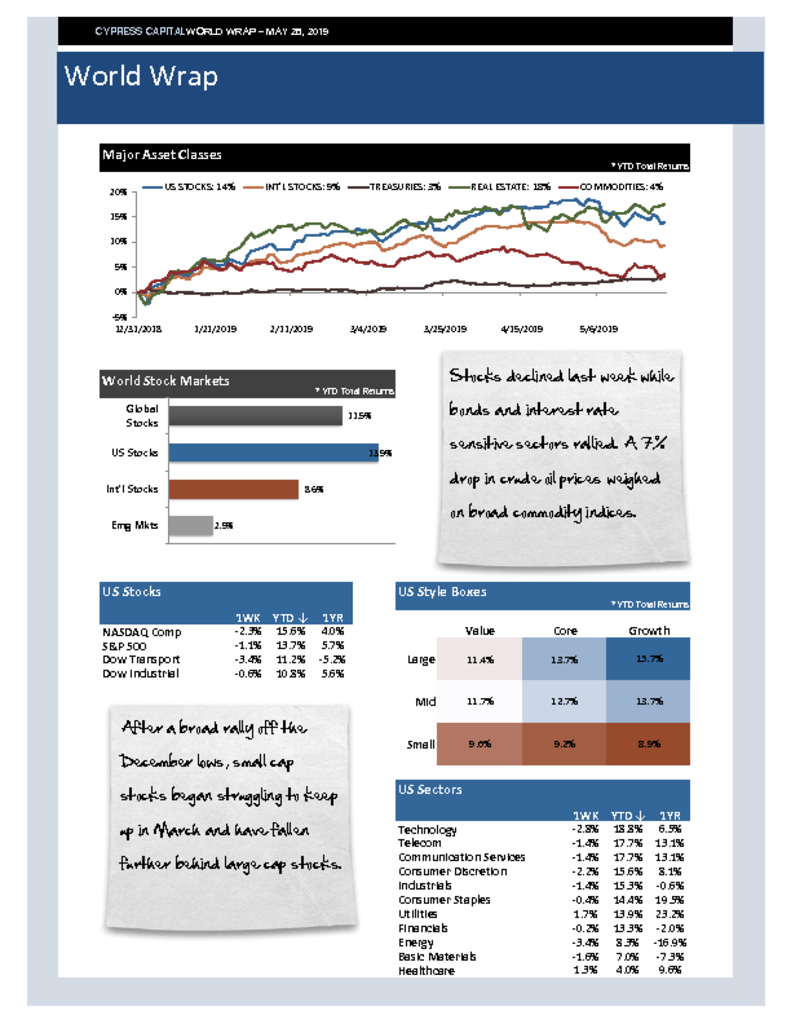 Stocks declined last week while bonds and interest rate sensitive sectors rallied. A 7% drop in crude oil prices weighed on broad commodity indices.
After a broad rally off the December lows, small cap stocks began struggling to keep up in March and have fallen further behind large cap stocks.
Beijing signaling a hard-line stance on trade, and Trump says US is not ready to make a deal with China.
Bitcoin now up a whopping 122% year to date. To show how far it had fallen last year, the price is up less than 8% over the last 12 months. 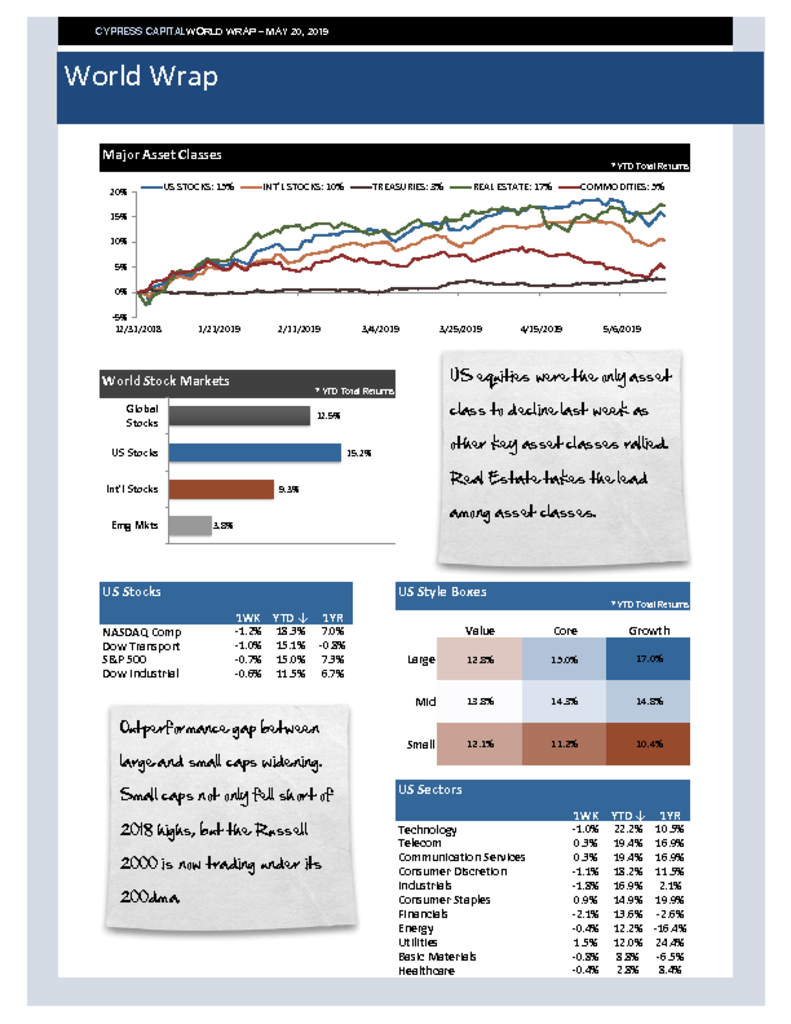 US equities were the only asset class to decline last week as other key asset classes rallied. Real Estate takes the lead among asset classes.
Outperformance gap between large and small caps widening. Small caps not only fell short of 2018 highs, but the Russell 2000 is now trading under its 200dma.
China reported to be in no rush for more trade talks. Goldman calculates a 25% tariff on all China imports would lower S&P 500 eps by 6%.
Saudi energy minister said on Sunday that there is consensus among OPEC to push down crude inventories. Crude prices are up 37% year to date.

Market Risk Index scales from 0 to 100%. Higher readings correspond with higher risk markets. Scores below 25% are bullish. Scores between 25-75% are neutral, and scores above 75% are markets vulnerable to major drawdowns.